Wondering about how to get Cyberpunk 2077 refund?

Following our detailed Cyberpunk 2077 launch, download, and install article, many people have got in touch with us.

However, despite the popularity of the game, there are several bugs in the game that has left a lot of players unhappy.

So, why is the game so hyped?

Cyberpunk 2077 isn’t the first game to appear in the series.

Basically speaking, the Cyberpunk series of games are RPG (role-playing games) set in dystopian era. The first game in the series was released way back in 1988.

Cyberpunk 2020 game is also set as the prequel to the Cyberpunk 2077 game, the later which was released in December, 2020.

The latest release in the series, Cyberpunk 2077, has been in development for over 8 years now.

The gameplay, storyline, and graphics from the teaser and trailer content released by the developers is what raised the hype for the game.

Does Cyberpunk 2077 Have Bugs?

Post its release, the game was hugely praised by people who played the title on powerful PC and next-gen gaming consoles such as the PlayStation 5 and the Xbox Series X.

However, when run on older consoles like the PlayStation 4, gamers experienced lots of bugs that made the experience of Cyberpunk 2077 really unenjoyable.

According to CD Projekt Red, developers behind Cyberpunk 2077, they were too focused on releasing the game before 2020 ends, as already the release was delayed a couple of times.

What they did was to optimize the game properly for next-gen consoles and PC, however, did not put in much focus on older generation gaming consoles.

So, people who played the game on Xbox One or PlayStation 4 experienced some serious bugs during gameplay.

What are the Cyberpunk 2077 bugs experienced by gamers on Xbox One and PlayStation 4?

CD Projekt Red says that they are currently working on patches to fix the issues plaguing the game, which will be released between January 2021 and February 2021.

All popular digital and offline sellers of Cyberpunk 2077 are offering refunds to unsatisfied buyers of the game.

Even the developers CD Projekt Red are also offering refunds to unsatisfied customers.

How to Get Cyberpunk 2077 Refund from CD Projekt Red?

However, the company has asked Cyberpunk 2077 customers to get in touch with the seller from where they bought the game for refund.

The issue is that refunds from sellers aren’t as easy as they sound.

Because, many sellers have lengthy procedures or no-full-refund policies in place for sold games, which put people who bought Cyberpunk 2077 at a disadvantage.

However, if you aren’t getting a refund from the retailer, then you can email to the developers to get help.

If you are unsuccessful in getting a Cyberpunk 2077 refund, then drop an email to [email protected] to seek help directly from the developers.

Now, if you bought the game directly from Sony PlayStation Store, then you can apply for refund by following these steps:

How to Get Cyberpunk 2077 Xbox One Refund from Microsoft?

For unsatisfied Xbox One Cyberpunk 2077 players, you can apply for a refund directly from the Microsoft Store. Here’s how you can do it:

As per the latest tweet from the official Xbox Support Twitter handle, people who bought the Cyberpunk 2077 digital copy are being offered full refund if they’re unsatisfied.

How to Get Cyberpunk 2077 Steam Refund?

If you bought the game from Steam, then you have to apply for the refund within first 14 days of completing the purchase to be eligible to receive a refund.

Another catch is that you only have had played the game for less than two hours in these 14 days to be eligible for refund.

Here are the steps to receive Cyberpunk 2077 refund from Steam:

How to Get Cyberpunk 2077 Refund from Amazon?

To receive Cyberpunk 2077 refund from Amazon, contact their customer service either by dialing (888) 280-4331 or by clicking here.

How to Get GameStop Cyberpunk 2077 Refund?

GameStop is also offering Cyberpunk 2077 refund for customers if they’re claiming within the first 30 days after purchase.

To apply for the refund, click here and fill the form in the webpage that loads up.

How to Get Cyberpunk 2077 Best Buy Refund?

You can return the below titles:

As we mentioned earlier, CD Projekt Red has announced that there will be patches released for the game between Jan and Feb 2021 that fixes most of the common Cyberpunk 2077 bugs faced by gamers.

So, if the bugs aren’t “bugging” you much, then its a good idea to wait until the patches gets released.

However, if you feel the game isn’t worth the wait or money because of the issues you’re facing, then do apply for the refund and get your money back. 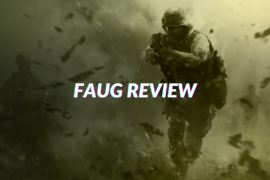 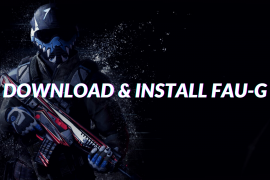