Radmin VPN vs Hamachi VPN 2020: Remote control set up, free and best gaming and user-friendly interfaces, is what Hamachi, Radmin and other VPN alternatives allow and provide, But if you are searching along with the internet which is the best software, VON providers for gaming, the speed provided, don’t worry, here is thorough comparison between the two most used publicly available VPN networks Hamachi and Radmin.

What Is Radmin VPN? – A Few Words

Free, easy to set up and use, Radmin VPN is one of the best Virtual Private network providers and gives an easy to set up and use base. One of the secure encircled LAN platforms, Radmin highly recommends and used for free by many community forums. Based and set up in Russia, the security and secure network is what the Radmin application and users believe in.

Radmin is a remote control software VPN provider and network which believes in security and making it user friendly. It allows users t connect remotely to any other compute on the same LAN network and lets your mouse and keyword control the computer as if you are sitting right in front of it.

To run the Radmin software on your computer you have to connect it via the existing internet service provider and run it remotely on your computer by mimicking the signal and making the computer think with the use of a virtual private network that it is being used on the computer provided.

Radmin offers many benefits among which-

What Is Hamachi VPN? – A Few About

LogMeIn Hamachi is a virtual private network (VPN) which allows you to establish direct link between computers without the need for reconfiguration. Hamachi VPN helps in establishing a stable connection with the help of desired internet connection which imitates the connection that would have existed if the two computers were connected over the Local Area Network (LAN) connection.

It is one of the simplest and effective Virtual private Network (VPN) which in short helps you connect two computers over the reach of the same internet connection.

The Hamachi VPN can be used in many systems, but basically it works as a server cluster which works as an interceptor for outbound and injector for inbound VPN traffic. The Hamachi VPN application has been written by Alex Pankratov in 2004 and it is one of the top choices during the selection of VPN.

The LogMeiIn Hamachi application is compatible with many operating systems among which Microsoft Windows XP or later model is available followed by iOS version- MacOs, Linux, Free BSD, Android and many. But it would differ from version to version.

Some of the key features of Hamachi VPN are

The speed of Hamachi and Radmin varies from other alternative options, but many users gave complained about the gaming lag and security issues they feel come up in the LogMeIn Hamachi and Radmin Virtual private network (VPN) provider.

Radmin offers a high speed of 100Mbps and you won’t be able to compare with another alternative as Radmin gives a high-speed quality and you would be able to play your favourite. Games without any gaming lag. The free Radmin VPN gaming also doesn’t limit to any certain number of gamers but offers a wide arena to the VPN users and gamers.

Radmin is also a secure and encrypted service provider which offers easy to use and safe tunnels to using the software.

Hamachi, a VPN gaming provider and interface has been loved by people all across, sadly many have questioned the speed of the VPN service provider. It can be rather because you have other applications open taking up the space of Hamachi and hence the speed is low, or that your internet connection isn’t stable enough support the Hamachi software.

There are some trouble shooting techniques to get your Hamachi VPN working, for example, closing all the files using the same bandwidth and coming in between of your program, closing the anti-virus software, seeing if the firewall is allowing Hamachi to access the ports and the last, if nothing works, is to contact your internet service provider against your internet slow connection.

Multiplayer gaming is one of the most fun activities if you are insanely crazy about online gaming and playing along with some of the best people all across the world. But in case you want to play with your friends just across the same LAN communication the best bet is Hamachi. A virtual private network provider that mimics the LAN connection and uses the internet to make your computer think it is connected to another pc’s.

However, Hamachi has its pair of issues so let’s take a look at some better alternative oil you have started facing issues with your Hamachi VPN already.

A very good alternative to Hamachi and Radmin both, Evolve Player. It allows you to have a better gaming experience and provides you with better features that virtual LAN gaming. It has matchmaking and party mode features and offers a very interactive user interface.

This is another VPN LAN gaming application which offers many features but not so many as Player. Me but in case of security which you are trying to go for, then Game Ranger is the perfect bet.

One of the lights gaming application and replacement to LAN connection application, Wippoen just weighs about 2 MB and is one of the best alternatives to Hamachi with 2MB weight. It connects Pc’s to P2P and makes it a free alternative for Hamachi application.

A free VPN provider and a Hamachi alternative, the Free LAN is quite popular and is one of the easiest ways to create a VPN network. It’s customisable and an open-source to get your needs fulfilled. However, you have to manually configure and edit guides.

A very useful and most used VPN software- SoftEther is used in almost many operating systems and has a pretty simple interface when it comes to privacy issues for VPN creators and users. The security of SoftEther is okay and passes through firewalls easily.

The application Virtual Private Network (VPN) software is applicable and used on almost all software from Android to iOS applications. Other than just offering services varying to VPN it also gives SDN and has a huge commit of people using the Zero Tier software. It costs $29 per month.

LogMein Hamachi and Radmin are one of the popular interfaces and Virtual Private Network (VPN) provider software which are used by many gamers, yet many users aren’t aware of the alternative and how well they can cover up other places where the two best-used software are lacking. Such as security or the gaming lag and speed.

Radmin VPN allows a user to securely connect computers, which are located behind firewalls easily without any configuration, but there are many alternatives to the Radmin VPN review in case you want to review and check out more.

Open VPN is one of the alternatives to Radmin as it allows users to connect through different sets of virtual private networks. The Open VPN encrypts data to transfer it via a gateway and then transmit it to your device.

This is one of the most popular applications in school, colleges, university and workplaces.

It is a software program which can be downloaded onto computers and act as a social gaming platform on your desktops and pc’s. It allows you to play games just by using the Evolve software and be in touch with other gamers.

This application is specially to get the gamer community closer and allowing the gamers and users to communicate with each other and play too. It is an all in one gaming application with social interaction feature.

It is an open source free cross platform Multi-protocol virtual private network program and can be used in colleges, schools, workplaces easily. It is also compatible with iOS and Android.

Just like other open source virtual private networks Freelan too is a free, open source, person to person and multi performing VPN software that uses internet to join two commuters and is computable with Linux, Microsoft, Mac and more.

This is one of the easiest virtual private network applications by which you can join two computers over LAN and enjoy a cable less environment on your computers and networks. The data is encrypted so there are no chances of loss of data and security too.

For a very long-playing games over internet with others had been impossible but now with the help of multiplayer better applications, one can use the Tunnel VPN network and join in over the internet connection and play along. This VPN application thanks to Tunngle allows you to play online with friends and connects your PC with other networks across the world.

IbVPN is promoted and talked about all over the world of Virtual private network users for being one of the easiest, speedy and smart VPN providers. It is said to be one of the best applications for users who believe in privacy and freedom.

Neo Router VPN allows you to build and manage LAN like private networks over the internet and believe in the safety and security of data of employees and users via the VPN. It is compatible with Microsoft, MAC, Linux, and more such options available.

Another of the private gaming application VPN providers, Game Changer actually changes the gaming world and gives you many benefits such as security, counterpart, and very less connection issues and lags. As per the website, the membership for silver is $19.95 per year and for gold $39.95 per year.

From alternatives to using the Virtual private networks to best gaming user friendly interfaces, Hamachi, Radmin offer a variety of services and at a lower cost than many, but it is the user who is playing and using the VPN has to decide which one helps them the most with their needs. If its security then go with Radmin as it is easy, free and highly secure with a top most speed, but if you want more features to it, then check out the alternatives to VPN. 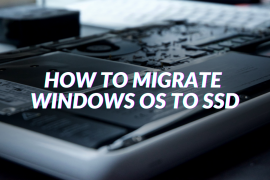 How To Migrate Windows OS To SSD (Simply Covered) 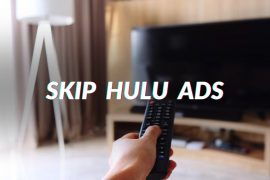