Looking for the best anime on hulu?We got you.Here is the top 7 hulu anime that you can watch in this 2020.

Since the last few months, the way we live has completely changed. In today’s world that is affected by the Covid-19 pandemic, it is best that we stay indoors as much as possible making as little physical contact with strangers as possible, thus reducing the chances of spreading the virus.

As almost every one of us might have already experienced, staying indoors isn’t really fun. Earlier we always wanted a long weekend and extended holidays to stay indoors and relax for a while. However, after staying indoors almost everyone quickly runs out of things to do, and then boredom begins.

Thanks to today’s digital age, there is an enormous amount of content available online, especially on OTT (Over The Top) platforms. Also, especially recently, we are seeing more and more unique, high-quality content released on OTT platforms. Nowadays, you can view exclusive content on such platforms as well as re released popular content as well.

Talking about the most popular OTT platforms out there, Hulu is definitely one of the most-used and widely recommended content streaming platforms on the internet.

Within all the genres of content available within Hulu, Anime seems to be a very popular one. With literally thousands of Anime titles available on Hulu currently, it might be hard for one to find the hidden gems.

For anyone who might have already gone through all their favorites and recommendations list of Anime on Hulu, today we bring you a list of the best Anime on Hulu in 2020.

Hulu is an US-based subscription-based content streaming platform, of which the Walt Disney Company is a majority shareholder. Founded back in 2007, Hulu is best known for its library of content spread across various genres. Apart from the support of English content, the platform is well-known for its vast collection of Japanese content, thus making it the perfect choice for Anime lovers.

HOW TO SKIP HULU ADS

Within Hulu, you can view popular movies and television series, shows from Hulu’s partner networks such as NBC, Fox Sports, Big Ten Network, RT America, E!, etc. There is also original content available on Hulu, which refers to shows that are produced by the platform and cannot be officially accessed elsewhere.

Now, without wasting any more time, let us get through the list of the best Anime on Hulu that you can stream currently.

Darling In The Franxx

Released in 2018, Darling In The Franxx is an Japanese Anime romantic science fiction series. Directed by Atsushi Nishigori, the series has 24 episodes and has a 7.3/10 rating in IMDB.

The plot of Darling In The Franxx exists in a dystopian world that exists post the apocalypse, where children, called “parasites”, are created artificially and indoctrinated to make their sole purpose in life to defend the existence of their civilization. The adults in this world live in cities that are very much advanced technologically. The children are isolated in “birdcages”, away from any adult contact.

One of the biggest threats faced by the apocalypse survivors is that of giant creatures named “Klaxosaurs”. There are at least 4 different types of Klaxosaurs, namely: Conrad, Lehmann (Super), Gutenberg, and Mohorovičić. Both male parasites (called stamen), and female parasites (called pistil), have short lifetimes as they are artificially created.

The story of Darling In The Franxx revolves around the lives of 10 pilots in the same “Squad 13” squad of sector “Plantation 13”. The main leads of this series are named “Hiro” and “Zero Two”, the former one being a respected prodigy and the latter being a top-class pilot who is a semi-human and dreams of becoming a complete human. Even though Hiro is a prodigy pilot candidate, fails in completing the pilot training program and chooses to skip the graduation ceremony of his squad. Meanwhile, he meets Zero Two, who has a nickname of being the “partner killer” as her partners get killed the third time they fly together.  After an attack by Klaxosaurs during the graduation ceremony that killed Zero Two’s partners, Hiro becomes Zero Two’s new partner and gets nicknamed by Zero Two as her “darling”.

One-Punch Man needs no much introduction, as pretty much everyone must have heard about this Anime series through online memes or from at least some of their friends, who are die-hard One-Punch Man fans.

For the unaware, One-Punch Man is a Japanese superhero Anime series that premiered first back in 2009. Directed by Shingo Natsume (season 1) and Chikara Sakurai (season 2) the series tells the story of a superhero named“Saitama”, who is capable of defeating any enemy with just a single punch. His immense strength makes him quite bored with not having worthy enemies and is constantly in search of worthy opponents that can challenge his strength.

The story is set on an imaginary Earth-like supercontinent that is ruled by powerful villains and scary monsters. To fight the invasion of bad forces in the cities, a millionaire who goes by the name “Agoni” creates a group of superheroes called “Hero Association”. Saitama, who is not associated with the Hero Association and hails from City Z, does heroic activities as a means of enjoyment. Meanwhile, he reluctantly becomes the mentor to a cyborg named “Genos”, whose motivation is to seek revenge against another cyborg responsible for destroying his village and the death of his family.

Eventually, Saitama and Genos become members of the Hero Association, however, Saitama is given a deficient rank because of lower scores in the entrance examination.

Rated at 9.5/10 in IMDB, One-Punch Man is a perfect choice for those who love over-the-top animated superhero action content.

Love cooking? Love Anime? Then here’s a blend of both.

Food Wars!: Shokugeki no Soma, or simply known as Food Wars!,  had its original Anime run back in 2015 and is still active today. With over 79 episodes, the show is based on, you guessed it, food!

Mainly set in the Totsuki Saryo Culinary Institute, which is the best and highly prestigious culinary school in Japan, the story revolves around the main character named “Soma Yukihira”. Soma dreams of becoming a professional chef in his family restaurant run by “Joichiro”, his father. As Joichiro lands a new job for which he has to keep traveling, he closes down the restaurant. To prepare his son to take over the family business, Joichiro enrolls Soma in the Totsuki Saryo Culinary Institute.

Soma manages to get a seat in the institute, despite objections from Erina Nakiri, the granddaughter of the institute’s dean. Later, Soma gets assigned to the Polaris Dormitory, where he meets other talented and wannabe professional chefs such as Megumi Tadokoro. The story then progresses through the adventures of Soma, his interactions with his peers, and the challenges they face in the “Shokugeki” competitions, a set of really popular cooking competitions.

In the post-apocalyptic world, humans live in cities that are surrounded by huge walls which protects them from giant humanoids called “Titans” that feast on humans.

The title character of Attack on Titans is named “Eren Yeager”, whose city gets attacked by the Titans and also kills his mother. Feeling revengeful, Eren enrolls in the army along with his best friend Armin Arlert and Mikasa Ackerman. After five years of training, they three graduate as cadets and get positioned in the district of “Trost”. Soon, their neighborhood gets attacked by Titans and Eren gets eaten by one. However, Eren manages to survive the ordeal when he manages to create and control the body of a Titan. Using his newly found Titan abilities, he manages to control the attack on Trost. However, many of his accomplices see Eren as a potential threat. As a result, he gets reassigned to a different unit where his friends also follow.

The story then progresses through the adventures of Eren and how he tackles each challenge posed by his human companions as well as the Titans.

The story is set in an alternative reality, in which creatures named “ghouls” survive. Ghouls are creatures that share looks similar to humans but survive only by consuming human flesh. To stay away from being captured by authorities, they hide their true self in public. Ghouls also have several abilities such as the ability to regenerate their muscles and enhanced strength.

Tokyo Ghoul revolves around the story of “Ken Kaneki”, who is a college student. In the beginning of the series, Ken goes on a date with “Rize Kamishiro”, who turns out to be a ghoul and tries to attack Ken. Barely escaping death from the hands of Rize, Ken is critically hurt and is taken to a hospital where he undergoes a surgery that makes him part ghoul. Now, in order to survive Ken needs to consume human flesh like other ghouls. He then meets some other ghouls who help him adapt to his new life as a part ghoul and teaches him how to keep his identity as a ghoul secret from other normal humans.

The series then takes the audience through the life of Ken detailing about how he survives as a ghoul and the challenges he faces on the way. There is also a sequel series that takes the story of Ken further ahead.

The 2015 Japanese psychological Anime series Death Parade is a perfect choice for people who are in search of a short, content-rich Anime series that does not seem boring at any point and isn’t lengthy either.

In the world on which Death Parade is set, whenever a death occurs, the deceased is then sent to any one in many bars in the afterlife where the bartenders serve as arbiters within a tower.

While in the bar, the deceased has to participate in “Death Games”, a series of games/challenges. As the game progresses, the results reveal the secrets that explain what led the dead person to his/her present situation and also what their fate will be later.

As the results reveal secrets, the bartenders/arbiters judge on whether the soul of the dead will be reincarnated or sent to the void, thus banishing their soul forever.

There are several such bars in the afterlife world and the main character of this series is called “Decim”, who is the sole bartender of the “Quindecim Bar”. When a curious woman with black hair is sent to his bar and he starts judging her, the story then progresses through them.

Another favorite series especially for fantasy adventure Anime lovers, One Piece has an 8.7/10 rating on IMDB. The series first aired back in 1999 and over 900 episodes later, is still actively running today.

In the fictional universe of One Piece, there are pirates, revolutionaries, adventurers, and soldiers who fight each other with the supernatural and superhuman abilities each have. Even though most of the characters in the series are human, there are also fishmen, mermaids, mermen, and other giants.

The story is based on the adventures of “Monkey D. Luffy”, a boy who accidentally eats a fruit called the “Gum-Gum Fruit” that makes him flexible like rubber.

Luffy and his group of pirates known as “Straw Hat Pirates”, explores the land of “Grand Line” searching for the ultimate loot of treasure in the whole world called the “One Piece”, which will make them the king of pirates.

We have tried to list some of the best Japanese Anime series on Hulu in 2020 across various genres. With the brief overview of each series mentioned above, it will be easier for you to pick Anime series that matches your preferences.

Did we miss any of your favorite Anime series on Hulu in this list? Do mention your best Anime picks from Hulu as comments below and help others. 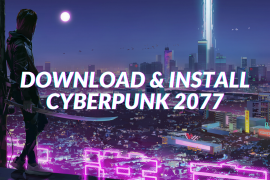