When talking about gaming consoles, the Sony PlayStation 2 is one of the first devices that pop in our minds, and for many millennials, it will also be the first gaming console they have seen or played.

With over 155 million devices sold, the PlayStation 2 or PS2, it is also the best-selling gaming console of all-time, even after two decades since its release and several advanced versions coming after it.

With over 3,800 game titles released for the PS2, it also has a vast library of game titles to choose from, spreading across genres and from all the popular game developers you can think of.

Well, consoles aren’t a requirement to enjoy gaming in the modern world. Most people now prefer playing games on their mobile devices, and with the selection of games available, no one is complaining.

But many still love and cherish the games that were launched during the PS2 era, and would love to enjoy the games again on their portable mobile devices.

Thanks to the versatility of the Android operating system, you can play PS2 games, even the exclusive titles, on any Android device with the help of PS2 emulators for Android.

What is a PS2 Emulator for Android?

An emulator, in general, is a software that can help you run applications that weren’t built for your specific device by converting the app code into compatible versions.

Well, modern Android devices are quite powerful in terms of hardware, which is quite evident from the quality of games that are available natively within the operating system.

Even budget Android devices nowadays come with a quad-core processor, at least 3GB of RAM, and inbuilt graphics. These specifications will be more than sufficient to run games for PS2 emulators on Android without any hiccups.

Now that we’ve given you an overview of PS2 emulators and its working, let us now go through some of the top-rated PlayStation 2 emulators for the Android operating system.

RetroArch is an open-source project that utilizes “LibRetro”, which is an interface that allows developers to create cross-platform apps by using advanced features such as location support, OpenGL, and much more.

Being an open-source application, the development community is quite active and supports other operating systems as well.

To use RetroArch as a PS2 emulator for Android, you need to first download RetroArch from the Google Play Store, which is free. Then, you need to download and install the PlayStation 2 “Core” from within the application. There are several “Cores” available within RetroArch made by developers for various tasks.

Once the PS2 core is installed, you can then load your PS2 game from your device storage to the RetroArch application and enjoy it.

This application allows users to remap their controls, play in multiplayer mode, enter/load cheats, and even view the database details about the game.

The Pro PlayStation PS2 emulator is well-known for its clean user interface with all the options neatly labeled, thus offering an immersive and stress-free experience to the gamers.

This emulator works well with custom ROMs on Android, which is a very big advantage considering most users love to use custom ROMs on their Android devices.

Ability to custom map on-screen controls, play multiplayer games, save game progress states, and support for game controllers are some of the features offered. When combined with a custom ROM on Android, you can get top-notch graphics performance without taking a toll on your device’s battery backup.

ePSXe is a very popular PlayStation emulator for PC, and this is the Android port of the same software. The ePSXe Android emulator is compatible with almost any PS games of your choice.

This emulator also ensures to provide a complete and immersive gaming experience to its users by offering accurate graphics & audio output and lag-free gaming. Even advanced features such as enhanced HD graphics, software-based 2x/4x rendering, as well as two OpenGL-based renderers, that are found in the PC version of this emulator is also available in its Android port.

ePSXe is the best emulator to play arcade games and you can use on-screen remappable controls, any gamepads, or even your keyboard.

If you are looking for a PlayStation 2 emulator for Android that brings regular app updates to fix bugs and improve performance, then the PTWOE Android PS2 emulator is what you should go for.

The user interface of PTWOE might look basic in the first glance, but it is intentional to remove any UI lag and performance burden on the application and its features.

One of the best features of PTWOE is that it features a controls layout similar to what you see on a PS2 controller.

Apart from the basic features expected out of a PS2 emulator, such as the ability to customize controls, use other gamepads & controllers, save your game progress, etc. the FPse emulator for Android also has advanced features such as plugins which will help you enhance the gameplay experience even better.

For anyone serious about playing PS2 games on Android and want the best possible experience, the FPse emulator is the answer.

Yet another popular PS2 emulator for Android is Play!

What makes Play! better than the others in this list is its support for 128-bit games, which means that you can play cult PlayStation 2 games such as Grand Theft Auto San Andreas, Mortal Combat, Pro Evolution Soccer, etc. in the best graphics setting possible.

Play! is also a cross-platform application, which means that similar to the other cross-platform projects mentioned in this list, you can enjoy the Play! experience on any iOS, Windows, iOS, macOS, or Android device of your choice. The team behind Play! also regularly updates the application to fix any bugs and refine the user experience even better.
Download Now

Comparatively one of the newer PS2 emulators for Android, EmuBox quickly became the favorite of emulator gamers on Android, thanks to its support for several popular gaming consoles. Apart from the Sony PlayStation 2, you can also emulate games from the NES, SNES, and Nintendo DS consoles as well.

All the basics of gaming emulators are present here too, including the ability to save game progress, support for hardware game controllers, ability to enter cheat codes, etc.

Another great feature of EmuBox is that even though the emulator is free, no advertisements are hindering your gaming experience.
Download Now

Just like the name indicates, the “Golden PS2” emulator is one of the best PS2 emulators available for the Android operating system. Golden PS2 works on almost all the Android devices out there and offers a quick and stable gaming experience to the users.

The superior performance of the Golden PS2 emulator for Android comes from features such as multi-threading acceleration and NEON acceleration.

The graphics output of games is also enhanced offering up to 1080p Full-HD resolution and there is even support to play games in the widescreen 16:9 aspect ratio.

You can enjoy games using the on-screen PlayStation-styled controls, or make use of any gamepads or controllers of your choice as well.
Download Now

Just like FPse, ClassicBoy is also a paid PS2 emulator for Android, costing $3.99.

But for the price you pay, ClassicBoy works as a multi-console emulator for Android, which means that apart from emulating PS2 games, you can also play games of SEGA, GameBoy, Nintendo 64, etc. using this same application.

ClassicBoy is well-known for its ability to smoothly run games of all the popular consoles and also provides all the features commonly seen on the other emulators mentioned in this article, such as saving game states, gamepad/controller support, customizable controls, etc.

Some of the unique features supported by ClassicBoy include gesture-based controls and in-game use of the accelerometer on your device.

With over 50 million installs, PPSSPP is definitely among the most commonly-known PS2 emulators for Android out there. One of the key highlights of PPSSPP is that it allows users to play both PlayStation 2 and PSP (PlayStation Portable) games on a single application. Considering that both PS2 and PSP were popular gaming consoles of their times, there is no doubt for why PPSSPP is quite famous.

The application has a simple and smooth user interface, runs PS2 and PSP games without any hiccups, and also provides all the common emulator features as well. Moreover, the development team behind PPSSPP releases regular updates for the application resolving any bugs or other issues.

For those planning to play high-end PS2 games such as Grand Theft Auto: San Andreas, Call of Duty, PES, etc., the Damon PS2 Pro PS2 emulator for Android is the best choice there is. The emulator is optimized to run high-end PS2 games on Android devices without consuming much hardware resources on the device.

The only downside to the Damon PS2 Pro emulator is that it costs almost $8. Users can also choose the “non-Pro” version for free, however, it will feature advertisements.

File formats are one major issue when it comes to PS2 emulators for Android. Not all emulators support all types of PS2 game file formats, and converting game files from one format to another is a headache.

This is where the Free PS2 Emulator 2 comes into the picture. Even though the “Free” keyword in its name may make you doubt its capabilities, this emulator supports almost all popular PS2 game file formats such as .ISO, .MDF, and more.

Also, the game is capable of running almost every PS2 game you throw at it, that too in upscaled graphics without featuring any major frame drop issues.
Download Now

Last but not the least, is the Dolphin emulator. Dolphin is not as feature-rich as the others in this list, but it does its job in emulating PS2 games on the Android operating system.

The Dolphin emulator has a basic interface and isn’t intended at providing a high-end or graphics-intensive gaming experience. If you are just looking to run some casual old-school PlayStation 2 games on your Android device for fun, then the Dolphin PS2 emulator for Android is something you should check out.

Which Best PS2 Emulator for Android Should You Pick in 2020?

Now that we have given you a list of the best PS2 emulators for Android in 2020, you might now be confused on which one to pick.

The reason we have so many PS2 emulator options for Android is that not all games may work smoothly on each emulator. As we mentioned at the beginning of this article, there are over 3,800 game titles available for the PlayStation 2 alone.

With such a huge library, it is quite difficult to optimize a single Android PS2 emulator to work for all the games smoothly. So, the PS2 Android emulator you should choose depends on the game titles you wish to play. 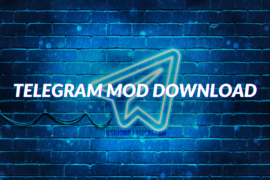 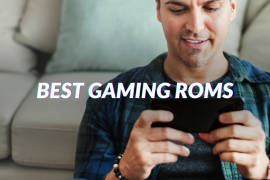