How To Install RLCraft MOD In Minecraft? Explained

Developed by Mojang Studios and published in collaboration with Microsoft Studios and Sony Interactive Entertainment, Minecraft is one of the most popular games available for desktop operating systems (Windows, Linux, and OS X).

Initially released back in 2011, Minecraft is a sandbox-style video game where you are presented with a 3-dimensional world where you can do pretty much anything. The possibilities are limitless where you can grow and harvest natural resources, build structures and tools, go to battle with AI-controlled “mobs” and co-play with other real Minecraft players from all around the world.

Minecraft is listed among the “greatest and most influential video game of all time” and has a combined global sales count of over 200 million, with over 120 million players actively enjoying the game as of 2020.

How To Play Minecraft For Free?

As discussed above, there are several versions of Minecraft supporting various types of devices and operating systems. However, none of them are free of cost and you will have to pay to download the game on your supported device and enjoy it. Even though there is a demo version of the game available officially, the features and functionalities are severely limited, thus not giving you any true experience of the real game.

You can easily find the pricing of the Minecraft game version for the device you own by visiting www.minecraft.net and then picking the type of device you own and its operating system.

Well, if you wanted to experience the Minecraft game to know what all the hype is about before purchasing, there is an official method by which you can play Minecraft for free.

To commemorate the 10-year anniversary celebration of the release of Minecraft, the developers of the game released an officially free Minecraft version for players all around the world. However, there are some catches.

For starters, the game is a browser version of the original Minecraft that eas launched back in 2009, as an alpha release for testers. The “Minecraft Creative Mode”, as the original release was called, has several limitations in comparison to the latest available Minecraft version. Also, sadly you cannot save any game progress which means you will have to start from the beginning each time you choose to play the game.

You can play the free official Minecraft game by launching the Minecraft browser game (click here).

How To Install & Play Minecraft?

Below are the steps you need to follow to install the Minecraft game on any desktop operating system.

Also, any antivirus program installed on your computer or its firewall settings may cause issues during the installation. So in case you face any issues, try disabling these settings and try again.

What Are The Best Minecraft Mods?

Minecraft Mods are basically modifications done to the original game, as you would find for most games out there. These mods aren’t officially from the developers of the game, which in the case of Minecraft will be Mojang Studios.

Instead, Minecraft mods are developed and released by independent developers who would love to incorporate their own imagination into the game, add new features, or improve existing features of the game.

There are thousands of mods for Minecraft that you can find on the internet. The best part of Minecraft mods is that they are completely free to download and they are available for both desktop and mobile OS versions. However, there is no mod support for legacy console versions of Minecraft.

There is an active community of game enthusiasts and developers behind Minecraft mods, and the availability of unique as well as interesting mods are definitely among the prime reasons for the success of the Minecraft game.

What Is The RLCraft Modpack For Minecraft?

RLCraft is a very popular Minecraft mod pack. RL stands for “Realism” or “Real Life” according to its developer who goes by the username “Shivaxis”. Well, what makes it so unique and popular?

Usual Minecraft mods only bring minimal changes to existing features, add specific features as discussed above. However, in the case of RLCraft, it combines around 120 separate mods to give a completely fresh gaming experience to Minecraft players.

The RLCraft modpack turns Minecraft into a very challenging survival game that not everyone might be pleased. However, this modpack isn’t for everyone and largely will favor experienced Minecraft players who have enjoyed Minecraft to its extreme and craves for more.

RLCraft is not for gamers who love to rinse-and-repeat their gameplay each time. Instead, in order to survive in this modpack, players need to evolve their strategies to face challenges.

Talking about challenges, mobs and weather are two of the common challenges that all players of RLCraft modpack will face. There are lots of hostile mobs in this modpack and if you aren’t geared adequately, they will wipe you out in no time. The weather system is also quite brutal which can kill the player if they do not pay proper attention.

Even though RLCraft does not change the basic gameplay of Minecraft, below are the features it brings to provide a better and more enjoyable experience to Minecraft.

And more. The RLCraft modpack is a constantly evolving modification to the Minecraft game. New features and mods will be incorporated into the pack as new versions get released. Moreover, any known bugs and issues are also fixed when new releases are updated. Thus providing gamers with a reliable and enjoyable gaming experience always.

Is RLCraft Modpack Free On Minecraft?

RLCraft is a completely free modpack to install and play on Minecraft. Even though you need to purchase the full version of the Minecraft game to enjoy all its features, once you are done purchasing Minecraft, then you do not have to pay anything extra to enjoy the RLCraft modpack on your device.

Now that you know everything in detail about Minecraft and RLCraft, let us take you through the easiest guide to install the RLCraft modpack on Minecraft.

And that’s it. The RLCraft modpack will now be installed on your computer and you can enjoy the modpack by playing the Minecraft game.

How To Install RLCraft Manually?

And Viola! You have now successfully finished installing RLCraft on Minecraft manually.

How To Enjoy RLCraft for Minecraft?

Below are some RLCraft tips and tricks for you to make sure that you enjoy the modpack to its level best.

Lastly, as you progress in the game and learn how RLCraft works, you can then proceed to explore the environment and create waypoints to enjoy the game even better. 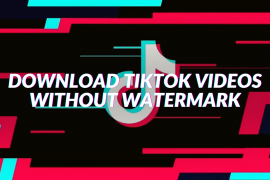 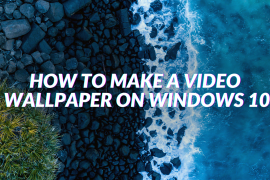 How to Make a Video Your Wallpaper Windows 10