Polygon Vs Plane in Printed Circuit Board Design

In printed circuit board design, there are many different aspects that go into the entire process. In terms of power and ground nets, there are two main choices for designers to use. These two choices are either polygon or plane and they both have their own benefits. Here, we are going to talk you through the difference between polygon pours and ground planes. Keep reading to find out more. Polygons are often used in PCB design and they are often referred to as polygon or copper pours. These are the areas of the PCB which are filled with copper over the existing components. If you are defining a polygon then you should know that it can only be done on signal layers which are then rendered in the position. The shapes are then placed on it and these are in the shapes represent the copper.

If you are wondering where polygons are commonly used, you should know that they are often found on the ground where there are no placed components or routed traces. They also are used in internal signal layers where routed traces and signals layers are and in surface layers containing placed components. PCB polygon management is very important so make sure that you have the right software that allows you to accurately use your polygons in your design process.

Plane layers are often known as split planes, power planes or internal planes and they are found in the PCB where you’ll notice that the entire internal layer is originally copper. Planes must be defined on the internal plane layers which will need to be rendered in the negative. The shapes that appear on planes actually show that copper has been removed. If you are using a plane layer, you should make sure that it is divided into many sections in order to represent multiple power and ground nets.

If you are wondering which option might be better for your PCB design project, then you should think about your own individual project. There is no real winner when it comes to these two options, but you should make sure that you consider the pros and cons or both. Polygon pours are great because they can be placed on the signal layers, but you need to remember that they cannot appear on your internal plane layers. You should also know that with a polygon pour, you don’t need to worry about the entire layer being dedicated to net power distribution.

Difference between a Power Plane and a Copper Fill?

The major difference between the power plane and copper fill is, how the gerbers are generated.

For power plane, the gerbers will be generated as a negative image. This file will basically indicate the feature for regions or shapes where coppers should be removed.

For signal layers, the gerbers will indicate the features of shapes where the copper should be retained. This can have a big effect on the size of gerbers files.

There are days when gerbers were transferred to vendors over dial-up modems, it made much bigger difference to reduce the size of the files.

Also Read: How to start a pay per call campaign

When you are trying to decide which method to use, make sure to think carefully about which aspects of your PCB you’d like to use them on. You’ll find that there are some great software packages that aid the use of polygon pours so make sure to find out what the latest technology is and get your hands on it. This way, you’ll be able to create a successful circuit. 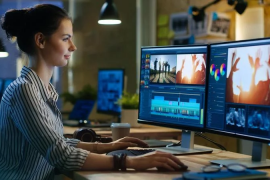 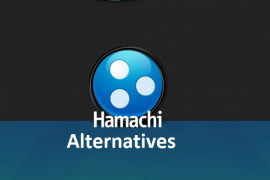 Affordable and Time-Efficient: 8 Hidden Benefits of Using Barcodes in Your Business